How I Learned to Love Tinned Tuna… 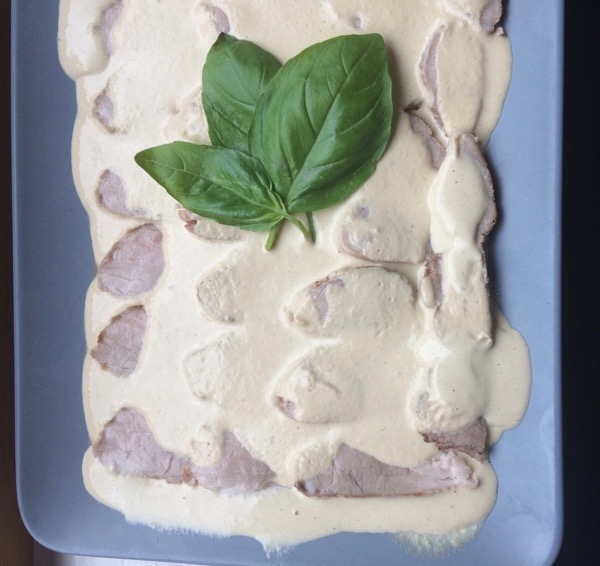 I hate tinned tuna. One of my first memories in life, particularly around food, is of eating tinned tuna for the first time. I was about four and my childminder was looking after me and the girl next door the day of the Belfast Marathon. I’d never had tinned tuna but my neighbour loved it so it was made for lunch between the two of us. I was instantly horrified by that dry texture but almost in love with the deep savoury flavour of the fish.

Tuna just got worse for me when Northern Irish people discovered it as a vehicle for mayonnaise taking it from dry and flaky to my opposite aversion of greasiness. By the time I was a student living with people who did not understand why you shouldn’t leave opened cans of tuna in communal fridges, just the thought of the stuff had made me practically phobic.

So discovering a recipe this week that made me *obsessed* with tinned tuna was a surprise. I’d heard of vitello tonnato which is veal with a tuna sauce and thought it was the Italians having a laugh with us. But I ended up a spare can of tuna in the cupboard recently and was cooking lunch for a friend so thought I’d try it using pork fillet instead of veal using this Serious Eats recipe.

Literally the only tweak I made was to make the tonnato sauce with half the oil they said and that was only because I read the recipe wrong. But it was serendipitous because the sauce would have had no texture at all with that much oil. As it was it made about 350ml in total with half the oil and spread beautifully over the pork to infuse and chill overnight.

And I was in love. The reverse sear technique I used for the pork left it tender and juicy instead of dry and the sauce was incredible. Tangy with lemon, capers, mustard and richly savoury with that tuna, I tell you this, the Italians know a good thing. This was the perfect summer lunch. Just enough effort to feel special but very easy at the same time. I suggest you do it as soon as possible, especially as pork fillet is a surprisingly good value cut of meat.

Everything I ate for the next two days had the leftover tonnato sauce on it because this was true love. I had the remaining pork on a muffin with poached eggs for a dish that makes Eggs Benedict look like it isn’t even trying to be fancy. The next two dinners involved potatoes (once with lamb as photographed, once with chicken that I was too greedy to stop before I snapped) lavished in the sauce and I’m sorry I missed the opportunity to make a full potato salad with it and extra capers. 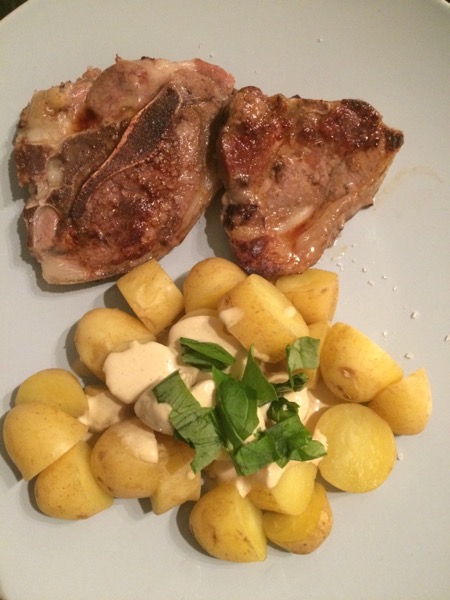 It felt like a loss when I’d finished that whole of tonnato sauce and I wanted to stay on an Italian vibe so tried a quick version of Marcella Hazan’s mozzarella and rice on Wednesday night when I got home late. It’s supposed to be arborio but I used some microwave basmati because I was tired and hungry. I added a whole ball of mozzarella, some salt, plenty of butter and chopped up basil and stirred it together until the cheese melted. 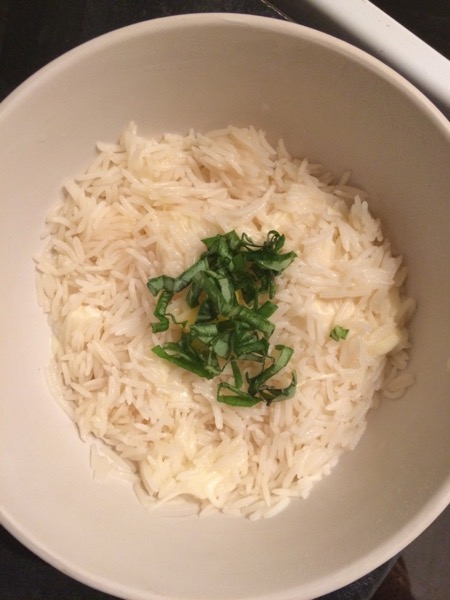 And then I inhaled it like I hadn’t eaten for a week because it was amazing. Gooey with cheese and just the right amount of flavours despite looking bland and boring. This is a new addition to my ‘hungry but knackered’ rota of meals for sure even if the sainted Marcella probably turned in her grave after I microwaved non Italian rice like a savage.

Thursday was another super easy dinner cooked in a friend’s kitchen that I don’t entirely know my way around yet. I pan fried us salmon fillets and boiled some potatoes and noticed how much my confidence in a kitchen comes from knowing my utensils. Not having the same tongs or spatulas has much more effect on me being cautious than big changes like a gas hob or a different frying pan. 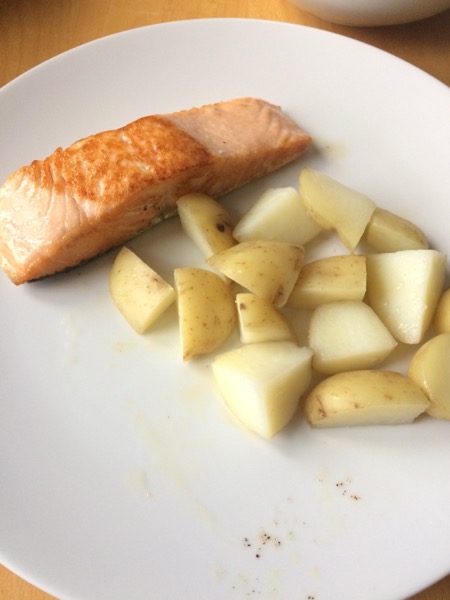 Friday night brought something very unusual to my own kitchen in the shape of a vegetarian fodmap friendly meal. I have to be incredibly careful about the amount even fodmap friendly fibre I eat which restricts my veg consumption to practically homopathetic levels. I joke about my weekly courgette but it’s not far off. I doubt I could manage five portions of vegetables a week without shall we say, consequences…

So I made that courgette of the week a good ‘un. When you can only eat a spoonful or two of veg, it isn’t very filling and then the temptation is to eat more of it which is a bad bad idea later even if it tastes delicious at the time. I needed it to be a bit more substantial so I made courgette fritters based on this Felicity Cloake recipe. 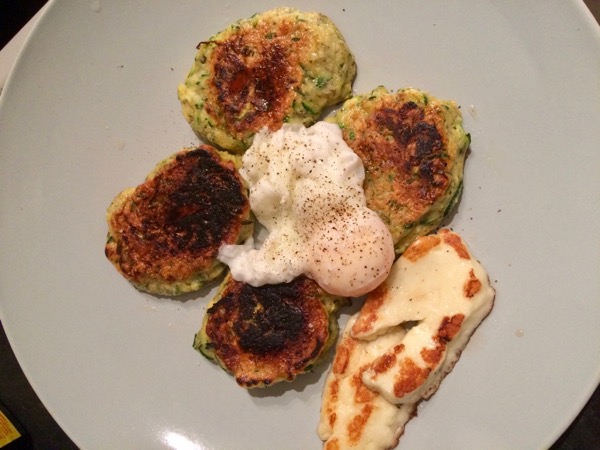 The little bit of polenta just lifted them into something more even you are frittered out after your courgette glut has come into season. I served them with fried halloumi and a poached egg and they made my solitary courgette a properly filling meal that I thoroughly enjoyed. I’d always been wary of fritters thinking they would be loaded with oil to the point of unpleasant but these fried beautifully with only a dash in the batter and were light yet substantial.

Saturday’s dinner ended up being a burger to soak up some unexpected Prosecco cocktails but Sunday’s dinner excelled itself. Someone was actually brave enough to cook for me and my dietary weirdnesses which felt like utter luxury. The fact it was Guinness infused beer can chicken with Marmite roast potatoes and a Guinness and rosemary gravy was just the icing on the cake. Somehow I didn’t photograph the gravy but it was the best I’ve ever eaten. 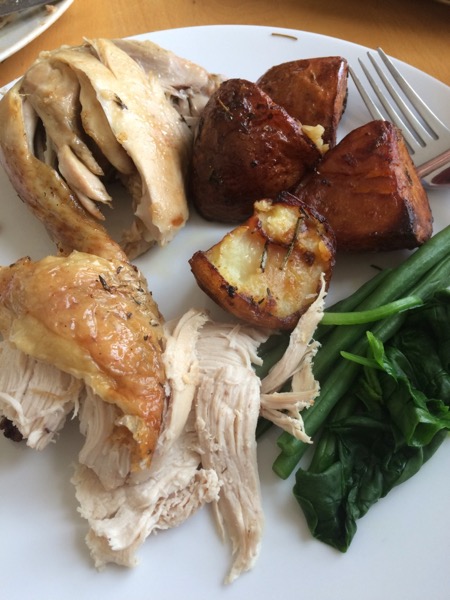 I could get used to be fed by other people actually. Maybe I need to let them experiment on me more? It can’t be weirder than me eating a vegetarian meal after all….