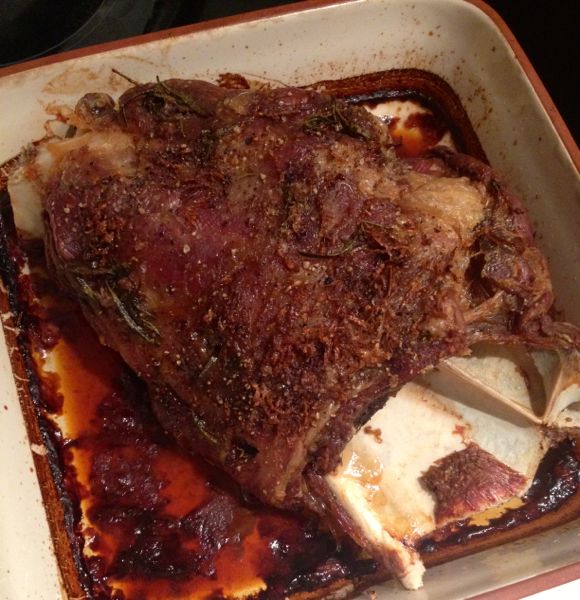 It’s October and that means one thing in my house: Goatober. British people have no qualms about goat’s cheese but it’s still culturally unusual here to eat goat meat. So those kids at Cabrito has got togther with all kinds of chefs, producers and bloggers to promote goat meat during October and introduce people to its charms.

I love goat (what a shock I’m sure since there’s really no meat I don’t love) but it’s often difficult even in an Afro-Caribbean area like Brixton get good goat. There’s a lot of poor quality mutton passed off as goat and the recipes used such as curries often disguise some of the sweet farmyard flavour of it further.

So when I saw my butcher at Dombeys in Market Row are now selling joints of goat whole it was a happy day. Only available on Fridays, the meat looked much redder and taut in texture than the stuff I’ve been buying and I suspected it would have much more flavour so I decided to keep the shoulder I bought whole and the seasonings simple.

I’m stuck in the house at the moment and having to rely on my shopping skills intensely. I tend to stock my freezer and cupboards as much as possible when I’m out and about so I can lean on that stockpile when the only thing available is online shopping and no chance to impulse purchase stuff. Ready Steady Cook on unsteady feet…

The shoulder of goat came out of the freezer when a friend was coming to help with some household tasks I couldn’t manage and I raided the stash of lemons in the fridge, the rosemary bush that is healthier than I am and some anchovies and capers knocking around.

It needed to be nothing fancy with minimal effort so I simply poked holes in the shoulder with a sharp knife and stuffed each one with an anchovy, capers and rosemary. Then I seasoned the meat well with salt, pepper, MSG and lemon zest and sat the goat shoulder on the stock and white vermouth in a deep dish and shoved it in the oven at 160C for four hours. 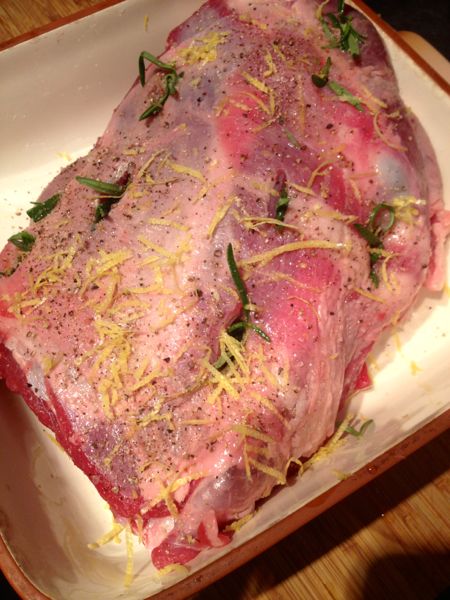 Halfway through I checked the liquid levels and because the meat shrinks back from the bone a lot with goat, I covered it at this stage with foil and returned it to the oven. After four hours, I rested it all for about 20 minutes and then carved it.

It wasn’t quite that level of tenderness that allows you to pull it apart with two forks but I’m a bit sick of eating meat that doesn’t have a meaty texture so that pleased me. It needed a knife to carve, but barely once on the plate which was the perfect compromise.

I served it with some sort of dauphinoise potatoes and this smothered cabbage recipe with the onion left out and some caraway seeds added instead and it was excellent. My equally meat loving friend said it was the best tasting goat she’s had and we both had seconds.

I used the leftovers to fill taco shells topped with grilled tomatoes and lots of fresh parsley for a hybrid Mediterrean-Mexican feel and they were excellent together. Next time I might cook the goat with fresh tomatoes as they really added to the strong flavours of the meat.

If you get the chance to try goat any month, it’s well worth it. Easy to cook, for me much cheaper than lamb and slightly smaller amounts if you aren’t feeding a whole family and incredibly tasty, I suspect I’ll be adding this to my meat roster more often. You can try Cabrito’s products at Ocado and I’m tempted to do kid at Christmas now.