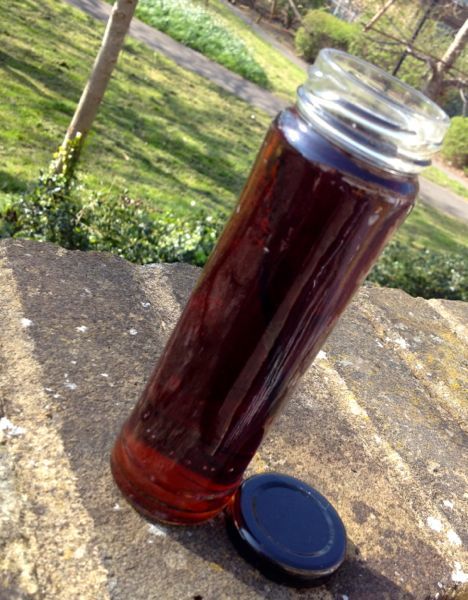 I’ve been meaning to post this recipe for a while as it’s completely changed my cooking and baking habits and after such a busy week, it’s nice to to feature something simple and slow to develop. More like musing than cooking, it’s perfect after a fortnight that’s seen me submit the manuscript on the slow cooker book to Ebury, feature in the Metro and finish the three days of photography on the book, seeing my creations come to life in a way I hadn’t envisioned when I was eating them.

It was a real pleasure to collaborate with the wonderful food styling of Olia Hercules who was a real joy to work with on the Slow Cooked shoot. It was also great fun spending time with my lovely editor Laura Higginson. And of course having the excuse to eat all the food from the shoot. Very different to my previous life working in fashion…

I felt a pang when my borrowed slow cookers went back to the publisher this week and I comforted myself by pot roasting a chicken in my own one and baking myself a cake which is where the vanilla extract came in. A splash of vanilla in any cake, custard or dessert tends to lift it from good to glorious, but there’s no way round it, vanilla extract is expensive and I usually find myself rationing it like fine perfume.

However just before Christmas 2012 whilst perusing Ebay, I discovered that you can buy vanilla pods for a fantastic prices on there. Scoring 32 of them for £8, I assumed they’d at least have a hint of vanilla and look nice tied to Christmas presents or nestled into sugar. When they arrived however I could smell the rich sweet scent of vanilla through the package before I’d opened it. Unwrapped, each pod was sticky soft and left a sprinkle of vanilla seeds behind on your fingers like fairy dust. And that was just the A Grade pods. They go up to AAAAA in quality.

As with any excess of anything, I thought I’d stick them in some booze and see what happened. Three pods and a smidge of sugar went into some vodka for the perfect festive tipple. I also had a cheap bottle of dark rum left over from a mojito night and wondered what would happen if I put 10 in there and left it in the dark for three months? Vanilla extract that will knock your socks off and make those bottles of Nielsen Massey seem like The Body Shop oil you dabbed behind your ears at the age of twelve.

Rich chestnut brown, spicy sweet and utterly heady, this extract was amazing. The seeds melt into it to make it thick and glossy and the flavour is so intense you need half the amount you normally do. Considering those posh bottles retail at £4.70 per 100ml or around £47 per litre, making your own makes financial sense too. I made around 750ml of extract in December 2012 and gave small bottles of it as gifts, keeping some for myself. I’ve tested two cookbooks since then, baked myself silly and still have 150ml left. My vanilla beans are also currently brewing a second batch too which is just as intensely flavoured meaning I will probably never need buy commercial stuff again.

So simple to make. Simply split your pods so that they are opened out and flattened slightly. Pop them into a clean Kilner jar and cover with dark rum. I used a bottle of Basics for this. Put somewhere dark and cool for at least 3 months. Shake the jar every few days to help infuse it all.

After 3 months, decant around 50ml into a small bottle and use. Leave the rest to keep infusing for up 9 months or decant it to give as gifts. I put half a pod into each small bottle to keep the infusion going and look pretty. I don’t bother to strain the extract as the seeds look beautiful to me.

Friends I gave this to asked for more for Christmas 2013 and I do actually have some waiting to be delivered! If you are a baker, this is a brilliant way to make the most of vanilla in your kitchen. You will never think of vanilla as bland or flavourless again once you’ve tasted this.