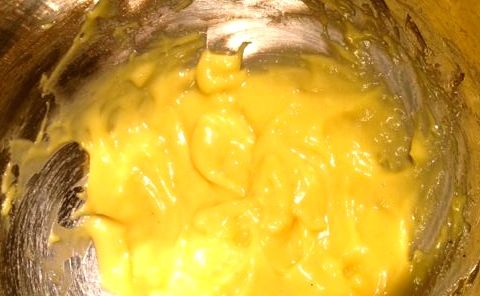 When I moved to London in the early 2000s, it was a mythical land where you could afford the rent to live in Zone 1 and had to actually go out of your way to find a branch of Pret a Manger. Clutching a crayfish and rocket sarnie at lunch in those was a statement (mainly that you weren’t doing Atkins) but also that you were in some way young and trendy.

That feeling lasted about six months and then I realised that Pret’s utter obsession with mayonnaise was ruining my life. The occasional sandwich I bought from there was limp with the stuff. They applied it to unsuspecting bread the way estate agents apply gel to their hair. I didn’t just stop eating in Pret; I stopped eating mayonnaise completely.

I suddenly, after a childhood spent smuggling tubes of lemon juiced spiked Continental stuff home from Italy and eating potato salad at any opportunity, couldn’t even look at the stuff. Where only ‘low fat’ mayonnaise had seemed to have that shudderingly globular appearance, all mayonnaise started to resemble something as slick and oily as Vaseline.

I couldn’t bear it. I pitched myself firmly in team salad cream and only ventured back to Pret when they made the Jamon Buerre easier to get. My potato salad went vinaigrette based. And then on August Bank Holiday I woke up and craved mayonnaise so badly I almost made the effort to go out in the rain to get some.

It is testament to my combination of dedication to not getting dressed and agoraphobia that I decided it would actually be easier to just make my own homemade version for the first time. I had eggs, I had oil, I had a whisk and I had nothing better to do.

Turns out making it from scratch is quicker than trying to find a clean bra, locate your purse and find out where Tesco Express have moved everything to this time. It’s also easier and more fulfilling in every possible way. I had no fear of it splitting on me having heard a little trick from a friend about adding a teaspoon of water to the egg yolk first to stabilise it all (this article explains why but the video autoplays.)

I used some beautiful golden rapeseed oil from Broighter Gold from Northern Ireland to add some summer feel to my grey kitchen and then added dill, capers and anchovies. I ate it dolloped onto homemade oven chips and congratulated myself heartily on my life choices. The rest went into the most magnificient egg sandwich I’ve ever eaten to keep the Bank Holiday joy alive on a Tuesday.

Homemade Mayonnaise (makes about a cupful)

This is incredibly easy and much less hard work than you’d expect. I didn’t actually find it tiring to make and I’ve got spectacularly low energy levels. I wanted a mix of flavoured oil and something neutral so have gone for the balance above to allow you to add more flavours in as desired. Garlic infused oil is fodmap friendly so this a great way to add garlickiness to meals.

Separate your egg and put the yolk into a deep bowl. Beat lightly with a balloon whisk and add a pinch of salt. Add exactly a teaspoon of cold water and beat it in slightly.

Mix your two oils together in a small jug and start off by dripping a few drops of them into the egg yolk while beating steadily. Almost instantly you get a foreshadowing of what will happen and it starts to emulsify. Beat until the oil is combined and then add a drip or two more, repeating three of four times.

Start to add the oil a little more generously at this point as the mayonnaise goes from cautious baby steps to all singing all dancing emulsifying. It literally comes together into a smooth glossy miracle. It’s like comparing an Arab horse to the Shetland pony of commercial brands like Hellmans.

Leave it as it is or add a squirt of lemon and a pinch of mustard powder if you want a good basic mayonnaise you could lick off your fingers in joy. Allow your imagination to take over if you want to personalise it to a particular dish or desire. If I can crack making a garlic free harissa paste soon then that’s my next batch of this sorted.

You can scale the amounts up but remember it does involve raw egg so it will only keep for a day or two in the fridge and if you want more, you can just make more. This is the kind of stuff that impresses the hell out of people no matter their condiment of choice!