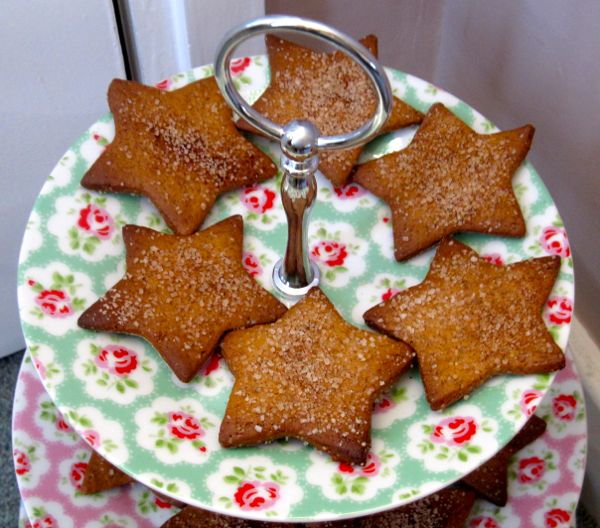 As I’ve mentioned before, I’m a bit of an Americanophile with a particular penchant for all American foods, so imagine my glee when I discovered an online recipe for graham crackers. Forget Oreos, these are the archetypal American biscuit. Golden and honeyed, they are light and crunchy and nothing in the British biscuit family, even the digestive, quite cuts it for me.

Graham crackers are hard to describe if you haven’t had one. Their unique texture comes from the the type of flour usually used to make them. Graham flour is the brainchild of one Reverand Sylvester Graham who believed processed white flour was a devilish abombination and that bran would cure all ills. He created a type of flour that had the wheat germ and endosperm ground separately from the flour and then added back in to create a coarser flour that none the less makes exceedingly light crackers.

This flour is difficult to come by outside the USA and so I was resigned to the fact that I would only be able to indulge my graham cracker love while on holiday or when friends brought me boxes back in their suitcases. But this recipe uses regular plain flour! Time to go crackers methinks and risk the fact the use of processed flour might inflame my carnal desires…

I was originally planning to use these crackers to make a base for a pumpkin pie. They would have been crushed and mixed with butter to make a crumb based crust somewhat like one can do with a digestive or two when making cheesecake. However on first reading the recipe seemed too complicated to start baking something just to destroy it again and I decided to go with a traditional pastry pie shell instead.

I was also pleased that upon thorough reading to see that the recipe for the crackers is actually incredibly easy. I was just thrown by the talk of different mixers with a large selection of attachments making it lot trickier than it is. I don’t have a mixer so I assembled my ingredients (all easily found in the store cupboard, nothing fancy) and decided to give it a go by hand. Apart from it taking twice as long to crumble the butter because it was frozen rather than chilled, this is was so easy I cannot understand why anyone would bother making washing up by using a mixer.

About five minutes after I started mixing it all, I had a gorgeous golden dough flecked with sugar and stiff enough to wrap easily in clingfilm and chill in the fridge overnight. The recipe mentioned it would be rather sticky, but I didn’t find that at all. I wonder if this was because I used golden caster sugar rather than a muscavado or because plain flour is slightly different to all purpose flour? Either way the dough was a dream to handle and I ddin’t need all the flour I put on the clingfilm or the work surface.

Next morning I had a well chilled dough that was still easy to handle. Deb mentions in her recipe using a pastry wheel to cut the crackers into traditional rectangles, but since no graham cracker has ever lasted long enough in front of me to notice the shape, I decided to go off piste and cut them in star shapes instead. The dough cut easily and the scraps came back together well too. I used half the dough, rolled out to about an 1/8 of an inch and got around 40 biscuits from it.

I placed them on lined trays and sprinkled the sugar cinnamon topping over them before popping the trays in the fridge for around half an hour. Cooking the dough from chilled should make the crackers even lighter and crispier so it’s not worth skipping this stage. They then went in the preheated oven at 180˚C for about 12 minutes before they were perfectly cooked. I cooled them on a rack and lasted about 3 minutes before I snaffled one of them.

And they were fantastic. Buttery but light, beautifully crisp and infused with honey, they crunched gorgeously when I bit into them. The scattering of sugar on top made them even crunchier and the hint of cinnamon was perfect with the flavour of honey. It took such willpower not to stuff my face with one after another until they were all gone (and then admit that to my now biscuitless friends what I had done). I managed to get some on a plate and serve them up.

It probably says a lot about how delicious and moreish these graham crackers are that there was only one solitary biscuit remaining at the end of an afternoon so filled with baked goods that we didn’t even manage to get round to one of the cheesecakes…they might be my favourite thing to have baked this year and I strongly urge you to try them immediately. I have no idea if they keep well, but I don’t think you’ll have any left to store! 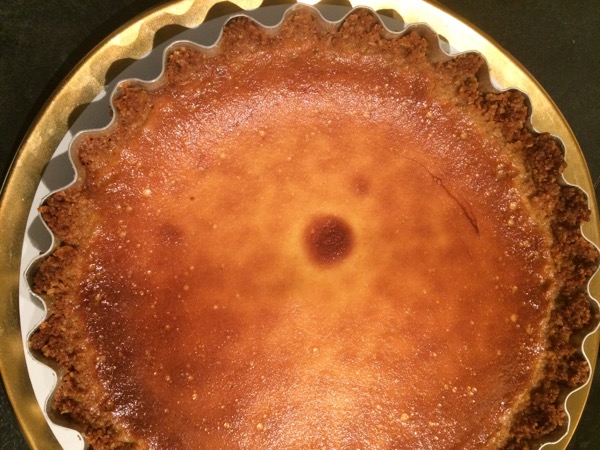 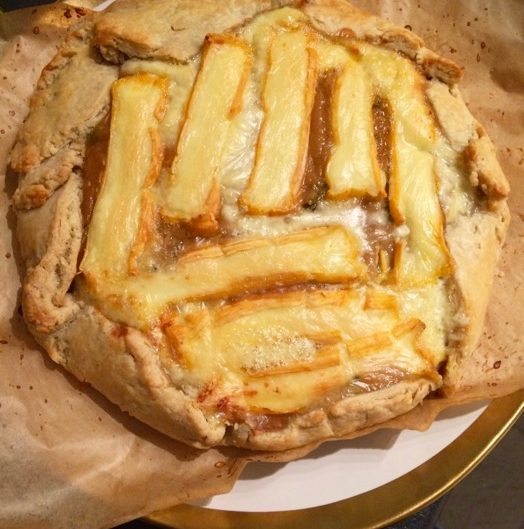